When public opinion is concerned about the event of the Qingleqing, domestic and global attitudes towards the Internet are undergoing some subtle changes that may affect the future of the industry and even affect every user who uses the Internet. But these were overwhelmed by popular events.

We will first look at a group of news reports. :

Thursday morning in Washington, Trump posted a tweet early in the morning, pointing to Google, questioning its tampering with search results, leading to searching for its own news, which only shows the content of fake news media. . Subsequently, a senior Trump consultant said that the authorities are reviewing whether Google should be regulated by the government.

From August 27th to August 31st, the relevant domestic departments are conducting a fourth review of the draft e-commerce law. According to media reports, the revision of the platform liability clause caused controversy. In the fourth draft, the “joint liability” of the platform operator was revised. Changed to “supplemental responsibility”, legally speaking, changing the word greatly reduced the responsibility of the platform. This revision was even angered by the head of the China Consumers Association.

Some media broke out today. Recently, venture capital institutions have received notice from relevant departments that they have to pay income tax in the past few years, amounting to several hundred million yuan. The reason is that in the past some preferential policies in some places, the state now believes that the regulations are violated and the relevant institutions are required to perform the payment; the result is that the increasingly difficult fundraising work is getting worse. Lenovo who is the largest primary market financing company in China? The Internet will do its best, and the turmoil in the primary market will be quickly passed on to other industries.

The three seemingly insignificant news, in fact, the impact on the future is huge, the logic behind it is the increasing number of policy interventions, and the product service adjustments made by Didi for this case. In contrast, once the policy is announced, the impact is everyone! 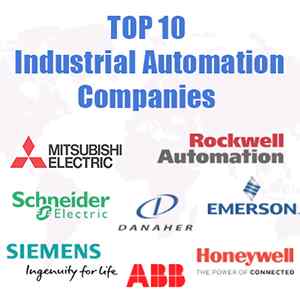 So far, Tencent has been established 20 In the year, Ali 19 years, Baidu 18 years, in the people’s lives, the shadow of the three companies has become ubiquitous; Jingdong, Didi, Meituan, Xiaomi and today’s headlines and other upstarts have become a necessity for hundreds of millions of people. Google has also been established for 20 years, not only affecting Americans, but also affecting Europe, South America and even Africa, all receiving information through Google.

The Internet is no longer a new thing, but an industry that can affect people in a country and around the world. When you sail smoothly, people only feel its convenience, but when the drawbacks of the Internet gradually become exposed and increased, it is like a double-edged sword. The sword stabbed your heart. At this time, it will inevitably lead to a variety of power interventions and games.

Now maybe this time, Trump criticizes Google, Twitter and Facebook is by no means a personal dissatisfaction. From the perspective of past styles, there will inevitably be a deeper level of logical judgment. From the perspective of public information, this tipping point may still be related to Trump’s sensation in winning the election. In other words, Trump believes that Internet companies are affecting elections, which is obviously very serious for countries like the United States. As you can imagine, Facebook CEO Zuckerberg has been questioned by Congress, which is why.

As the only Internet sacred place in the world that can compete with the United States, China is also inevitable, and there will be more ills in the market. From Taobao sales, Ctrip data leaks, Baidu medical accidents, to today’s drip accidents, hit many cottage goods, etc., the Internet platform exposed more and more problems. Due to the loose policy environment, the Internet industry has been in a state of brutal growth. Now, with the concentrated exposure of shortcomings, it also provides a good opportunity for policy intervention in the norm.

Coincidentally, just like Didi Yueqing The incident is in full swing and the draft e-commerce law is undergoing a new round of revision. The definition of platform responsibility actually has not only the actual correspondence of the drops, but also the far-reaching significance. However, we have ignored it. It is unrealistic to know that forcing a company to change its evil spirit. Once the draft is modified as described above, it is not only impossible to impose heavy penalties on the drip after the accident, but it is also legally exempt from its responsibility. This is not what users want, so we should pay more attention to the progress at the policy level.

Either the United States or China, because specific laws and regulations have not been formally promulgated, it is difficult to determine whether the impact on policy after the intervention is good or bad. But what is certain is that policy intervention is irreversible. The so-called Internet is not an illegal place. Policy interventions will directly dilute the “power” of the Internet platform and may be affected by products, services and even business models. For example, once the US government regulates, does Google’s algorithm need to be modified? Will it affect traffic after modification? Are revenues such as advertising affected at the same time? On the other hand, the policy cost of the Internet platform will inevitably increase. In the Internet industry, “only fast and not broken” is the main principle, and policy restrictions seem to be inevitable.

The Internet has achieved leapfrog development and capital has contributed. Looking at the rise of the domestic Internet, the front-end market does not have too many policy restrictions, there is an amazing subsidy war, no black public relations, public cottages, users have no way to complain after the damage, and the back-end capital wave waved to the Internet company. To pay tribute, the benefits of project exit are hundreds of times higher.

In this context, venture capital institutions in the primary market are never worried about raising funds, and those who get rich first squander money. But in a special year of 2018, a profitable business may need to be suspended for a while.

Part of the money in the Internet industry comes from the US dollar fund. For well-known reasons, the dollar has begun to return to the other side of the Pacific. At the same time, the RMB funds are not much better. Due to the flexibility of domestic deleveraging and other related policies, market liquidity has been greatly suppressed. It is difficult for listed companies and bosses, government industry funds and other major LPs to protect themselves and pass directly to venture capital institutions to raise funds.

This is the deep reason for the cold winter of this round of funds. Therefore, we have seen many Internet companies such as Xiaomi, Meituan, Ctrip, and many other Internet companies are busy competing for secondary market financing. At the same time, the Internet giants that have run out of time have begun to cut back on spending, fewer and fewer promotions, and more tolls. After their “burning money” lack of reinforcements, the entire Internet game is changing.

Today, the policy has once again increased, and taxation for venture capital institutions has begun. In the media reports, the venture capital industry also said that the situation is even worse. On the one hand, the relevant departments require payment, and many investment income has already paid dividends. Is it necessary for LP to spit it out again? It is now difficult to raise funds from LPs and it is more difficult to return. On the other hand, in the cold winter of capital, perfect exit is not easy, even if you withdraw at a low price, you have to pay a large part of the tax. This requires a deep thinking about each venture capital institution.

We are not opposed to legal taxation of venture capital, but logically explain the impact of this policy. The impact is that changes in venture capital institutions will be passed directly to the Internet industry. Will the tax cost be passed on to the project being invested? Will future investments be more cautious? Does the organization’s disguised tax avoidance have new risks? There is no doubt that these have added too many variables to the current Internet industry.

At this point, the loose market environment and sufficient capital advantages that the Internet once relied on have become weaker in policy hands. We look forward to a standardized and orderly Internet environment, but at the same time, we must be alert to some wrong directions, such as the fourth draft of the e-commerce law draft for media coverage.

China has banned trade in the United States, which is good f...
Karachi Khachanov wins Novak Djokovic to win Paris Masters
Which Stephen Amell is banned & # 39; Arrow & # 39;
5 A new Gear method is added to the diagram